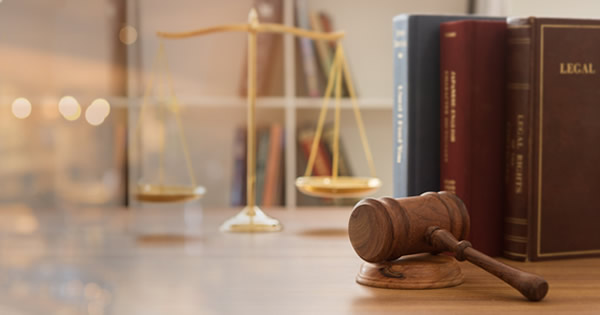 The United States Congress blind-sided estate planners by recently enacting a new federal law (the SECURE Act) that may require you to amend your Trust. Greater detail is provided on the SECURE Act in the second half of this article, but the bottom line is that if you have any type of retirement plan (such as a 401k or IRA) and your Trust is, or may in the future be, named as the main or contingent (backup) beneficiary of that plan, you should have your Trust amended to comply with the changes in this law. If you don’t do so, depending on the current language in your documents, there could be substantial adverse tax consequences after your passing.

The previous law allowed you to name your Trust as a beneficiary of your retirement plan and then stretch the plan payments over the lifetime of your Trust’s beneficiaries. It was common to put language in Trusts so that “Required Minimum Distribution” payments would be made to the Trust beneficiaries over their lifetime, thus stretching out the payments and making the tax consequences minimal. With some exceptions, this new federal law now requires that an individual beneficiary or a Trust withdraw the entire inherited retirement account within ten years after the owner’s death. This is a huge money maker for the government as it will most likely push the retirement plan beneficiary into a higher tax bracket during their highest earning years. The purpose of this 10-year requirement is obviously to generate additional taxes for the government.

How this Act may affect you is that the language that the entire legal community used in Trusts, and that you may have in your documents, is no longer effective. If it is not changed, it may force your Trust and/or its beneficiaries to withdraw the entire account balance in a single year (year 10 after your passing), thus creating an enormous (and completely avoidable) tax due in that year. Even if that retirement plan language was not included in your Trust at the time it was drafted due to the Trust not being named as a beneficiary, this new compliant language must still be written into it if your Trust is, or could be, a beneficiary of your retirement plan.

Our office is glad to answer any questions that you may have and to make any necessary changes to your Estate Planning documents.

Detailed Description of the SECURE Act

The Setting Every Community Up for Retirement Enhancement Act of 2019 (the SECURE Act) was signed into law on December 20, 2019 (and made effective on January 1, 2020) as part of the Further Consolidated Appropriations Act, 2020, a gigantic compromise spending package. As has been reported in the media, some of the SECURE Act’s major taxpayer friendly points include postponing the age at which distributions from retirement plans must begin from 70 ½ to 72, allowing additional contributions from “earned income” after attaining age 72, liberalization of the rules governing “multiple employer plans,” and a requirement that part-time workers be given greater opportunity to participate in 401(k) plans. But with these tax benefits comes the necessity of “paying back” the government’s lost revenue from these benefits - that’s unfortunately where you may be affected.

Prior to the passage of the SECURE Act, individual beneficiaries of retirement accounts (hereinafter “accounts”) as well as “qualified trusts” could establish inherited accounts and withdraw the funds from those accounts over the beneficiary’s life expectancy (or the eldest beneficiary’s life expectancy in the case of a Trust.) This allowed the account funds to grow without being subject to income tax until they were distributed to the beneficiary. Younger retirement account beneficiaries with long life expectancies could benefit significantly from these minimum distribution rules, as they were only required to withdraw small percentages from their inherited accounts each year, and the remaining funds could continue to grow and defer income taxes. Most qualified Trusts required the RMD’s to be distributed from the Trusts to or for the benefit of the beneficiaries immediately after they were received by the Trusts (known as a “conduit” trust). Inherited IRA accounts that took advantage of this life expectancy payout method were known as “Stretch IRAs.”

The SECURE Act largely eliminated the Stretch IRA for account owners who die after 2019 and replaced it with a new scheme which generally requires an individual beneficiary (or a qualified Trust for an individual beneficiary) to withdraw the entire inherited account balance by December 31st of the year that contains the 10th anniversary of the account owner’s date of death (in the interim, no distributions are required, as long as all funds are out of the inherited account by that deadline). This 10-year rule will significantly accelerate the payment of income taxes for most inherited accounts and will likely result in more income tax due as the beneficiaries are pushed into higher income tax brackets because of larger inherited retirement account distributions during, presumably, their highest earning year.

Certain categories of beneficiaries (known as Eligible Designated Beneficiaries (“EDBs”)) will still be able to use a Stretch IRA. These beneficiaries include surviving spouses, disabled or chronically ill individuals (as defined by federal law), and individuals less than 10 years younger than the retirement account owner. In addition, qualified Trusts for the benefit of these individuals may also still use Stretch IRAs. Note that surviving spouses may also continue to rollover inherited accounts into their own IRA accounts under the SECURE Act. Minor children beneficiaries of the account owner, or qualified Trusts for the benefit of such minor children, may use the child’s life expectancy for RMD’s until the child becomes an adult, but must switch to the 10-year rule thereafter.

All of these changes in the law may require changes to your Trust if your Trust could possibly become a beneficiary of your retirement plan at any time in the future. If your documents use the conduit language under the old law, that language simply will not work with this new law and could mean that the entire retirement plan may be payable in a single year, thus generating a huge and unnecessary tax burden. Even if you had no "stretch" language in your Trust, language complaint with this new SECURE Act should be inserted.

Please feel free to contact our office to discuss how this new Act affects you, and whether it requires any changes to your current Estate Planning Documents. Any new documents that this office drafts in 2020 and after always has language compliant with this SECURE Act.

Our office looks forward to assisting you and answering any questions that you may have. 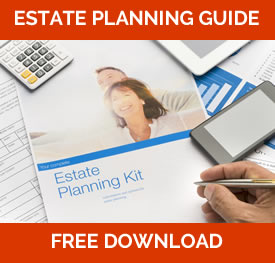 The choice of a lawyer is an important decision and should not be based solely upon advertisements. The information and materials on this Web site are provided for general informational purposes only, and are not intended to be, and is not, legal advice. This Web site attempts to provide quality information, but the law changes frequently and varies from jurisdiction to jurisdiction. The information and materials provided are general in nature, and may not apply to a specific factual or legal circumstance.